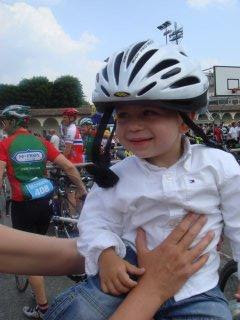 http://www.wassermann-radgiro.com/english/ - we have 6 riders going - 3 weeks prior to the etape - flying into munich friday the 22nd june - out sunday evening. all legs must be as smooth as rideremilians read - no hairpants allowed. Its interesting to note - that drilander - translates as - 3 countries. The race is in the guts of the tirol - starting in nauders in austria - with 3,300m of climbing in switzerland, germany and ending 165k later back in nauders.
Posted by riderpitts at 15:13 5 comments: 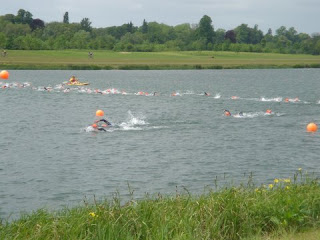 Riderturbo, Riderwurzel and Ridermama represented the Ranch at yesterday's triathlon at beautiful Dorney Lake in Eton. Riderwurzel clocked his first triathlon ever in amazing time, flying out of the 400m swim in less than seven minutes, powering his steel Ritchie to a 35 minute 20k bike split, and cruising through the run to put in a very respectable 1:05:27 ranking 20th out of 103 competitors in the men's 25-27 year old age group category. Riderturbo had a solid swim then sported a new aero Giro TT helmet and Reynolds deep dish carbon wheels to save 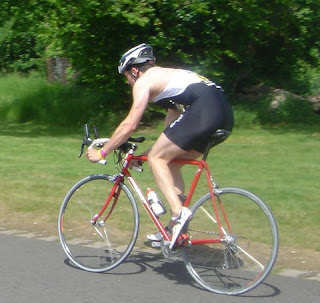 as many minutes as possible on the non-drafting bike split before crusing through the 5km run. He finished in 1:06:54 ranked 12th out of 104 men in 37-39 age group. Having trained the week prior at the Gimondi, and having done some quality training both in Turville on the bike and Hyde Park Serpentine on the swim, both Riderturbo and Riderwurzel booked respectable results for the Ranch amid the lush country setting of the season opener tri. Ridermama took photos and cheered for Ranchriders being seven months pregnant with Riderbaby. Riderwurzel was also accompanied by his lovely girlfriend Rideranya who cheered for the competitors and snapped pics. All look forward to joining Rider Eazy-E and Rider Chiche for the Blenheim triathlon in two weeks! 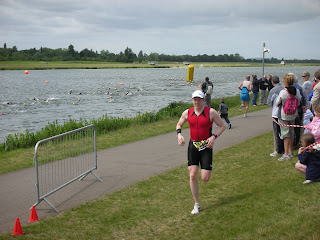