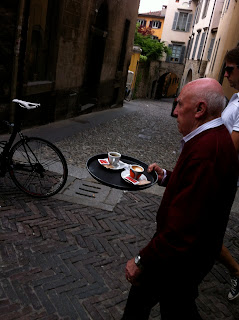 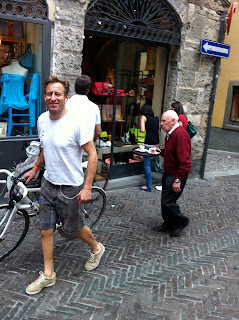 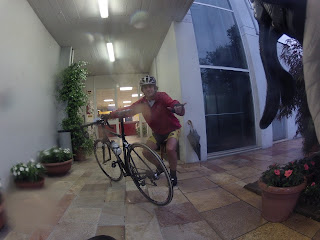 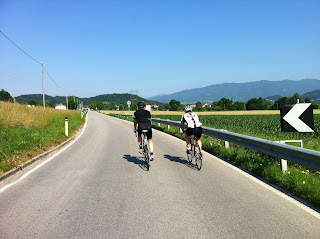 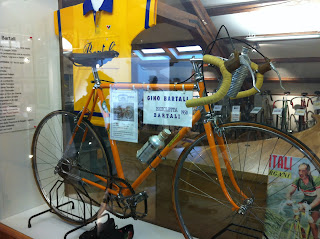 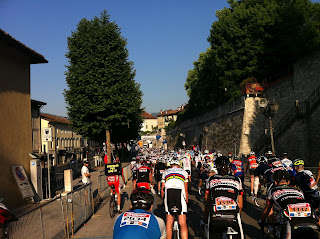 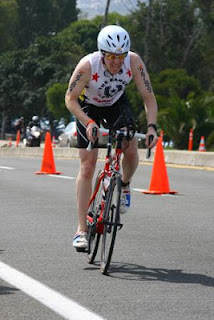 Results posted for the 2012 ITU San Diego Triathlon, World Championship Series. Riderturbo wins 12th place out of 63 men age 40-44 category over the 750m swim / 25km bike / 5km run.   Swim time 12:21, bike time 51:45, run time 26:38 in a blow up of epic proportions after overamping on the hilly non-drafting bike leg.  Lovely wife and beautiful kids in the cheering section helped, followed by a pleasant afternoon at the San Diego Zoo and following morning at Sea World watching Shamu.  All told, not a bad result in the timeless war of attrition: either get faster the old-fashioned way boosting wattage, dropping weight and training VO2, or simply hold your pace year after year while the competition gets older, fatter, slower and drops out, one at a time.  Either way, hold on long enough and you'll eventually find yourself at the top. Go Ranch! 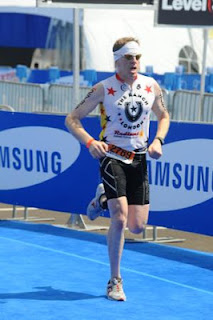 Time to drop weight, cut fat and get fit for summer. Ranch West Coast with a big opener in May. Saddled up with elites in one of the last qualifiers for London Olympics 2012. Videos below. Race report to follow. Viva la Ranch! 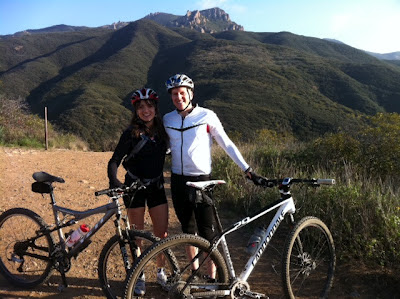 The thermometer of success is merely the jealousy of the malcontents. - Salvador Dali

From the streets of London, Regents Park, Richmond Park and Turville, to our present-day backyard playground -- the Santa Monica Mountains -- a little photo of RiderMama and RiderTurbo in pre-season training in Point Mugu State Park, California.

And a little joke for the technical cognisceti among us...

Understanding Engineers
Two engineering students were walking across a university campus when one said, 'Where did you get such a great bike?' The second engineer replied, 'Well, I was walking along yesterday, minding my own business, when a beautiful woman rode up on this bike, threw it to the ground, took off all her clothes and said, 'Take what you want.' The second engineer nodded approvingly and said, 'Good choice; the clothes probably wouldn't have fitted you anyway.'
Posted by riderturbo at 16:09 3 comments:

Having been on the road for three weeks with about 30,000 miles to speak for - i found myself with the ever diminishing asset "time" suddenly in big supply. This was especially so with the various changes in time zones resulting in 3 am ceiling stares and planes who continually pander to i'm not sure who - stocking their movie selections with pap like hangover 2, the transformers, or bad teacher. However, one movie that i did manage to see though was "margin call" which given what most of us at the ranch do for living was cause for uncomfortable reflection and began the musings which this blog plays heed to. Ever more quizzical eyes focus on banker compensation these days which when coupled with the new capital adequacy measures which make for less levered banks, which make for less return on equity, and ultimately less dough to go around this time of year. This is not unexpected nor necessarily wrong - rather as we need live in the present - its just reality. "Occupy" has changed the conversation at least for now, and Wall Street needs to answer for its part in driving the gulf between itself and main street. I hope we are all enlightened enough to say that someone needed to find the dimmer switch under which we partied the night away - and shine a brighter light on the ugliness greed and entitlement brings. While living in the present is all well and good - this does not mean we can't ponder the future and gently daydream of other alternatives to "I'm never at home" jobs. Reflecting on a great line from my father - one should never confuse that which is familiar from that which is best for you. Unfortunately to get to the "best for you" part - it necessarily implies a critical amount of introspection which may happen for the 3 minutes one is under the shower each day - but beyond that we really just whizz by with life. That is of course until one day we happen upon another reality which makes us say "hey wait a minute" maybe i got this all wrong. As one begins to field more panicked calls from disgruntled bankers, troubled friends, and young markets people that look up with that "what just happened coach" gaze - the critical thinking becomes ever more acute. What pushes an old fuzzy thinker like myself to take that more than pregnant pause is when you see what is possible when a good friend and rancher breaks away and stays true to goals which start with "whats best for my family" "whats best for my health" and "whats best over the long haul" haul being a path to grow old gracefully with control over time and relevance. The rancher who propelled me into this "hmmmm" moment is our pal rider turbo. As this is a cycling blog i will hereby dispense with the "emotional intelligence" prelude and dive into guts of my 3.5 hours with turbo in the hills of santa monica which has forced pen to paper.

This is the map of turbos backyard - all the place names; "Malibu", "Pacific Coast Highway", "Encina", are familiar to us as we have been force fed LA geography through hollywood and mass market TV. But what never comes out is just how perfect the setting truly is. As i pulled into turbo's driveway at 10:30 am i remember him nattering about just what an ideal ride is out his back porch. At the ranch we have played witness to lots of "best of" boasts as far as rides go so of course I'm going to take any claim to "ideal" with a pinch of salt. Nevertheless, living in Asia with my loop being a 30 minute smog choked - not that interesting - traffic dodger - i was pumped for views that didn't involve lots of tall buildings. Turbo being the attention to detail rider we all know - had pristine ranch kit kept only for race days or in this case visiting VIP's - laid out for me with a base layer and my shoes being my only contribution. He had saddled up an older but wonderfully kept cervelo frame, matched my in step measurements to saddle height, prepared the pedals for my look keo cleats, and had two filled water bottles mounted. Tossing an energy gel at me he said today we will bag the "double decker" - which is an out and back ride over the two summits which comprise decker canyon. 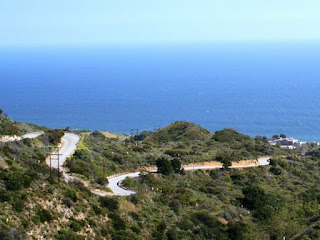 We set out under a 22 degree late morning sun, no wind, no traffic, and came to the base of the first climb within five minutes of his home. Beginning gently the climb kicks up to somewhere around 12 percent in places and spinning consistently we crested the top after about 35 minutes. The ride then bobs along the top of the canyon for about 15 minutes then descends with wide open views of the pacific ocean on one side and the santa moncia and malibu parklands on the other. Ranches of various description line the route and traffic was limited to a car or two every ten minutes. 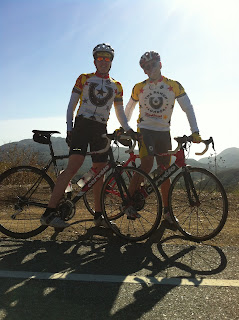 The first descent spills onto the pacific coast highway which you pedal on for about 500 meters veering off eventually onto an immediately steep ascent - which is the start of the second climb - or as turbo calls it - decker two. This climb felt a little more challenging and took us 45 minutes to gain the summit. Again little traffic was seen aside from the solo guy who passed us at pace. We danced along the ridge line and ultimately came to the same road we had been on earlier. The descent was painless although the writer of this post was holding up the show with a more tentative line than the aptly named turbo, and we pulled into case turbo 20 minutes later. 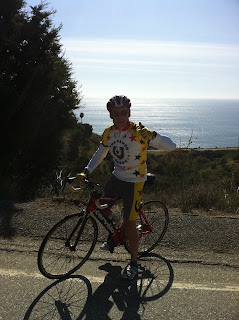 The ride ended all too soon as i had to shower and make hay for a late afternoon flight to san francisco. My cab was waiting and again, timed to perfection as i checked in on the bell. Coming back to the musings part - turbo has found the most remarkable of quality of life gigs a man could hope for. The thing was he didn't hope - he actualized - as too often we dream about a better situation - which is nothing more for 98 per cent of us than idle fantasy. Great family with him and a wife who not only he has to chase after or up these california climbs, but who is helping people everyday as a oncologist in one of the best hospitals in the country - he seems he has sacrificed little in his choices. True not all of us can run 600mln of hedge fund assets from CA, but we can sure try to plan on doing something productive, in a healthier, and more affordable situation - which doesn't start or end with a financial capital of the world. To borrow Easy E's line - that kid is winning - to me i think he has won .
Posted by riderpitts at 15:43 5 comments: