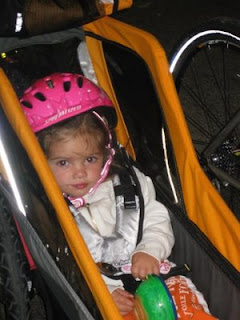 RiderZoe makes the Ranch race Tour debut at the Acura L.A. Bike Tour! Up at 3am for the 5am start in the dark this past memorial day, the beloved RiderZ won the hearts of adoring fans among a throng of thousands riding the 40km road course covering the route just hours before the running of the L.A. Marathon! Despite dozing off for nearly 1/2 the ride in early morning twilight, RiderZoe shows off the new Chariot side carrier -- accompanied by Ridermama and Riderturbo -- and makes her public Ranch riding debut in flying colours! 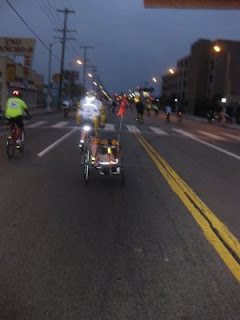 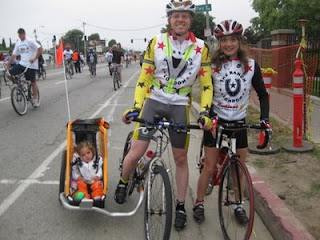 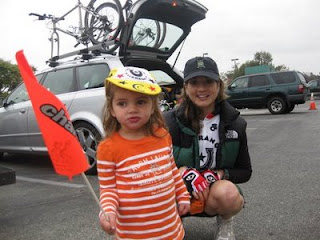