So Cah Li and NoShow in preparation for their upcoming ride over the Mt Ventoux decided to take a flight to Nice and stay with our old friend Willem Bonestroo the owner of Les Deux Freres in the charming medieval village of Roquebrune-Cap-Martin. 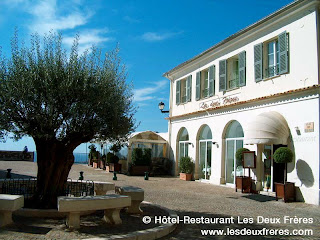 We began the weekend by CahLi picking up NoShow and Alix from the Nice airport and zooming up to La Turbie for a nice meal coupled with a glass or too many of rosé at Cafe de la Fontaine. 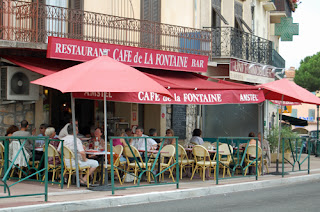 And after a snooze we were up early and having breakfast and made it on the road by 9:30am for our 100k loop into the mountains behind Nice.  The idea was to try out some other Cols we had heard about and hadn't ridden yet so Noshow had planned a 4 cols smorgasborg with the first 60k going up and most of the rest coming down. 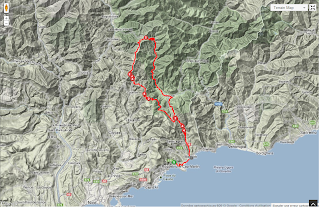 So off we went all happy and loaded up with water and energy bars.  Little did we know what we were in for.  The first couple hours was ok - mostly uphill but the pitch wasn't horrible and we were fresh.  Col de At the top of Col de Braus there was a small cafe we stopped at to refresh water bottles and grab an iced tea.  We shared it with these fellas.... 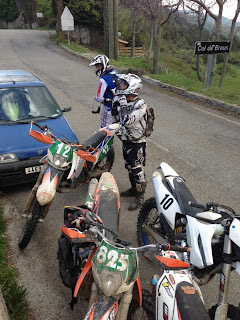 Then we continued up into a thinning tree line on D54 a very lightly used old road which brought us eventually back out onto D2566 which we would follow up to the top of Col de Turini and then decend for 30 km toward Sospel. 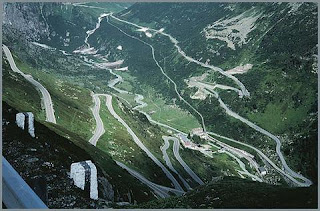 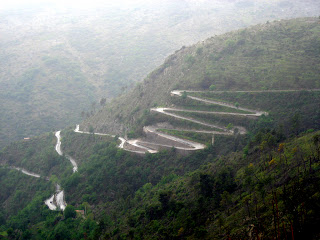 On the way down we zoomed through one village (Moulinet) with a 12th century chapel (Notre dame de la Menour) just outside of town - quite picturesque with a stunning waterfall across the valley droppping off the top of a cliff into the air... 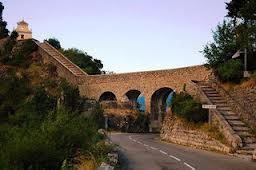 After this we coast into Sospel only to realize that we have just one more feat to accomplish.  Completely exhausted we have to get back over the col de Castillon before we can decend back into Menton and get something to eat. 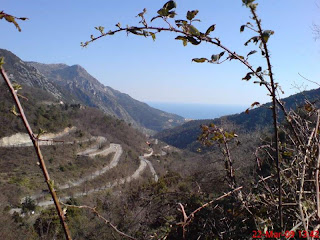 And eventually we end up back in town after a 5 hour loop and munched a much needed panini and sparkling water.  The only part left was the final few kilometers climb back up out of Menton and to the hotel but we took it easy with CahLi pulling Noshow all the way back so he didn't fall off his bike from the gravitational pull.  And so, after a nice dip in the Med Sea to pick up Alix who had dozed in the sun for hours only to wake up and realize her sunscreen hadn't been as effective as hoped for, we took a small nap and shared a wonderful meal overlooking the Sea.
Sunday morning - we needed a refresher so after a light breakfast CahLi and Show went out for a 40k loop with the star being the climb to La Turbie from the steep side and then on to the backside of Madone for a u-turn and a race back down the mountain.
A wonderful way to have a morning and back at the hotel by 11am to shower up and head off for a lunch in Menton.  Overall a great weekend of sport, eating and just being with good people.

When can I do it again. 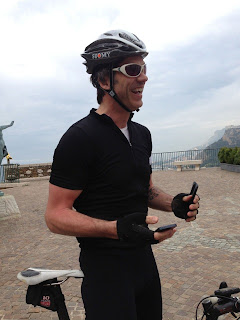