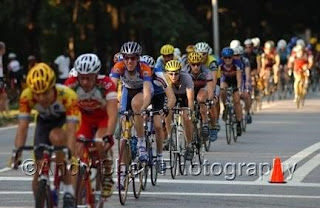 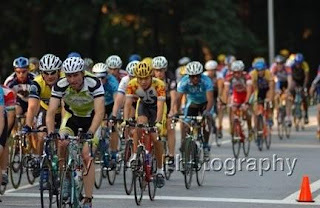 Ranch riders are always looking for an edge on the bike. A seemingly trivial video interview snippet with Lance reveals deep insight into who wins climbs and Grand Tours.

Save an out-of-this world single time trial by Lance, or otherwise catastrophic mishap by Astana, it explains why Contador is most likely to win on Mt Ventoux leading to a win in this year's TdF. It may also explain why Alberto may win more Grand Tours in the years to come to take his place alongside The Boss, the Badger, Big Mig, The Cannibal and others in the Tour's Greatest of All Time.

Secrets revealed by the V.A.M.

Lance Stage 16 Pre-Race Interview - "Back in the Day"


On the Cycling News Website in an interview with Dr. Michele Ferrari, the V.A.M. to which Lance refers in this interview is the "velocita ascensionale media" average climbing speed (vertical rate). By his own admission, Lance's best ever V.A.M was 1790 meters/hours on L'Alpe d'Huez. Presumably, this was during the uphill time trial on Alpe d'Huez in 2004 on a feather light Trek riding fresh and not in an exhausted state at the end of a long road stage as is typically the case when the TdF climbs the L'Alpe d'Huez.

By contrast, Lance states in the video that Contador's V.A.M on Verbier was 1852m/hour -- bettering that of Armstrong's rate in his best years when even then he says "he wasn't following that." This may allude to Lance's belief that even when he was at his best he might not have been able to stay with Alberto on a grand tour climb.

Certainly, the Verbier climb in this year's tour was not as long as many of the Tour's Hors Categorie climbs. From our personal experience, the Verbier climb is one we all know well and perhaps any rider, pros included, can sustain higher V.A.M for shorter durations of time.

Neverthless, the quick comment shows just how dominant Contador really is at climbing in Grand Tours right now -- the superior power/weight ratio is evident in his V.A.M. -- and also gives clues to how we might improve our climbing by training just a bit more with the use of a barometric altimeter that is now standard equpment on many of the modern sport watches produced by companies like Polar and Suunto.
Posted by riderturbo at 18:12 3 comments: