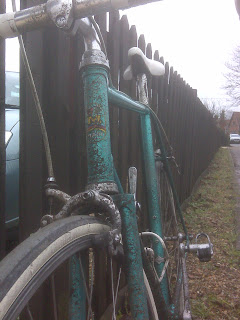 I thought you might appreciate some highlights from an early winter day out at Turville, to bring the season to a close. I attached some photos to demonstrate the condition of the roads after 2days of solid 24h rain.

It has been my back-up bike over last 2months, because my De Rosa Idol has been sent back to the factory to inspect some fractures on both the chainstays. The front derailer cable froze on the first hill, so for the rest of the ride, I had to manually move the front derailer from large ring to small ring and vice versa. It was a solo ride ending 3hrs later with a pint at the Bull and the Butcher.

Turville is a real piece of cycling heaven. 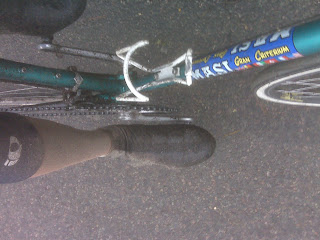