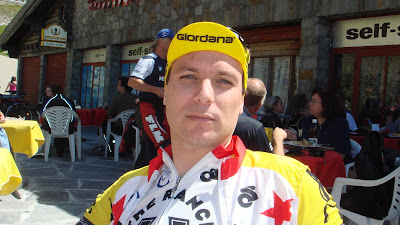 Once upon a time an otherwise innocuous post was scribed on this blog which contained a picture of a fellow - riderchiche - that resulted, all kidding aside - in a few of the ladies that follow the ranch and stalk its pages- calling the said writer and asking after the status of the young argentine gentleman. While little was made of these inquiries given the active filtering/standards/of the filteror - it will come with certain disappointment to part of our fan base - that riderchiche for lack of other sensible discriptors has decided to make a solo break of sorts and marry a lovely lady named Sarah. Now its not the purpose of the blog to debate the merit of leaving the peleton so early in the race - nope like any sensible band of brothers - the only cry that rung through the ranch train was STAG STAG STAG.

Now despite the varied nationalities of the ranch - STAGs do have universal appeal. They mean dancing girls, nut ticklers, beer bongs, two foot cigars, and large steaks. Stags by anybodies reference is a call to arms for all red blooded males to abandon morality, dispose of ring finger hardware, and stumble back into post exam college stupors as those golden drops of beer nectar wash away any guilt of the ritual. God - has given man one more chance at a hallway pass - a kind of adult get out of jail free card.

And so it goes for our rider - rider chiche. A stag for a giant lady producer from latin america whom once sported shoulder length hair and Pantera concert T's - while the possibilities were as endless as the investment opportunities for the 250mln of fresh usd in his new fund - there was one catch. Oh the shame of missing the catch.

We were talking about the ranch. 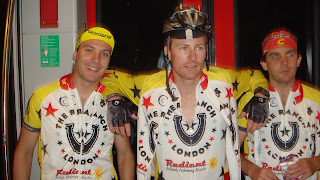 So the build up came to pass in the same way as a 14 year old boy discovering that just because you buy her a movie ticket doesnt mean you she will take her top off in the second row.

We met - some of us from far far away in Zurich - the riderhowe, the ridereasy-e, the riderzinni, the ridercali, the riderpitts, and the birthday boy - riderchiche. And we rode bikes. We went to bed early, we got up early, we climbed 17km alpine passes, we sprinted long flats, we descended at 78kmh and we hurt. 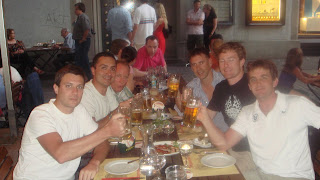 We talked about gear, markets, love, and real estate. We debated logistics and future races. We talked about riderNoShows manscaping and wine picking, we argued about the size of ridercrespo's back door, we toasted riderstemcell's carbo fear with buns from the zueghauskeller, we poked fun at the riderturbo's fondness for 4 quid buffets and we argued about riderlonewolf's holiday allotment. It was all normal - and we won. Convention and adolescent ritual to the side - the ranch again takes its own path and does things in its own way. Normal. 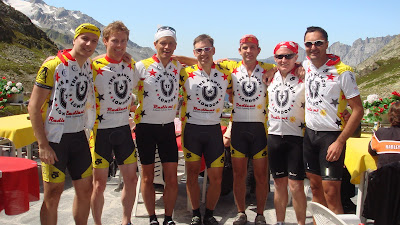