Highlights from the ITU World Triathlon in San Diego on April 20, 2013.  RiderMama made her debut back into racing 2 years after giving birth to RiderSasha, giving rise to the next generation of Ranch racers.

A remarkable and first-time coincidence was the wave start with RiderTurbo beginning exactly 5 minutes behind RiderMama and eventually catching her one mile into run leg.  This enabled the two to cross the finish line together in fine Ranch form on the blue carpet in front of a loud crowd cheering from the grandstands, all announced over the race loudspeaker by Tri-icon Greg Welch and appearing on the MegaTron LCD towering overhead.

The action was followed by a lazy afternoon lunch and drinks under the pool cabana with the kids at the Dana Hotel on Mission Bay, with sushi for dinner and a fun-filled day with the family at Legoland on Sunday.  All and all, a superb weekend opener for the 2013 summer racing season! 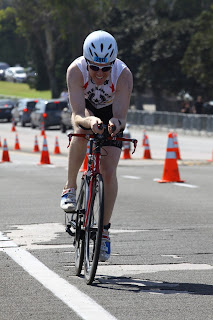 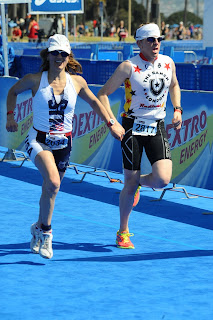 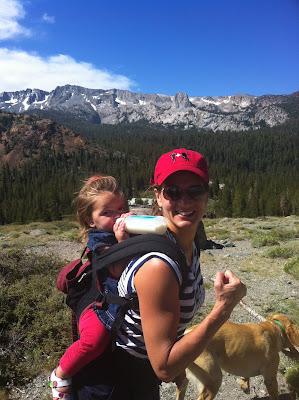 And here's a little video of the secretive, nordic-inspired, high-altitude winter training program pursued in the alpine backcountry of the Sierra Nevada that led to the fabulous spring results. Champions are made in the off-season. 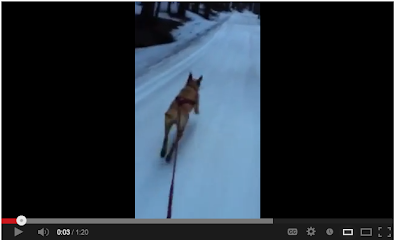